Porcelain Match Strikes are another great collection piece. Their scarcity make them a very sought after item. Like door pushes, match strikes are about the size of your hand. What makes these signs unique is the rough surface towards the bottom used to strike matches on. Many of these signs were used in cigar bars and once the strike pad was well worn, they were trashed. These little signs served there purpose and even now would be great pieces for cigar and martini bars. Finding match strikes are difficult mainly due to their small size and limited mintage but despite that, they’re still very valuable and collectors love to own them. 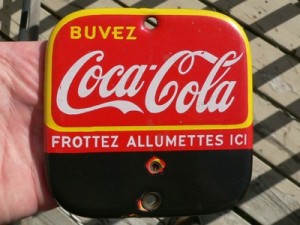 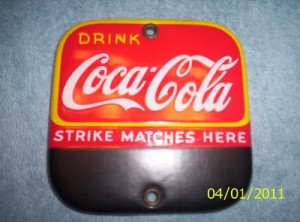 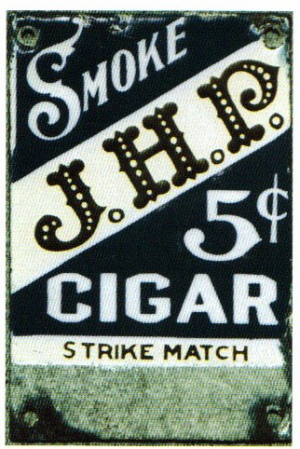 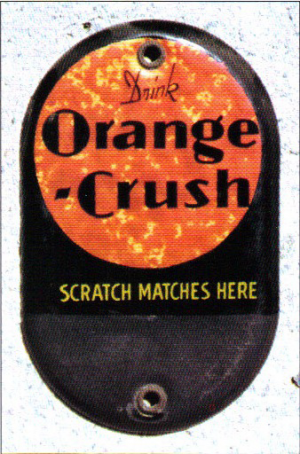 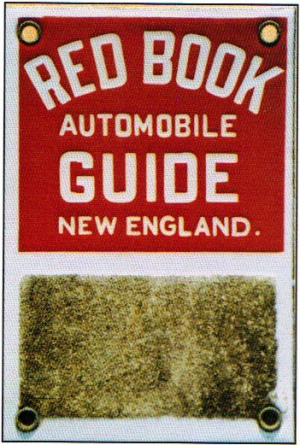 Old match strikes, also known as match holders or match safes, are small containers used to hold matches. These objects were once a common household item and were used to safely store matches, which were used to light fires, candles, and lamps. The history of match strikes dates back to the early 19th century, when matches were first invented. Prior to the invention of matches, people had to rely on other methods, such as flint and steel, to start fires.

Match strikes were typically made of metal, and were designed to keep the matches dry and protected from accidental ignition. Many match strikes were ornately designed and were considered to be a decorative item as well as a functional one. Over time, match strikes became less popular as other methods of lighting fires, such as lighters and matches, became more widely available.

Today, old match strikes are highly sought after by collectors and are considered to be a form of folk art. These collectors value the history and nostalgia associated with match strikes and are often willing to pay high prices for rare and unique examples.

Collecting vintage match strikes can be a rewarding hobby for those who appreciate the history and design of these functional objects. These match strikes not only serve a practical purpose, but they also add a touch of character and style to a collection.

Signup for Our Newsletter

Get alerts on HOT and RARE items, News, and Events